Colombia more and more opens to tourism.  Its history has not been helpful while trying to attract and reopen  for especially overseas visitors. Traveling around Colombia, you can quickly see that it is full of beautiful yet unexplored places, but at the same time you can find places highly exploited by tourism. While visiting Colombia I could see how much this country is trying to change the negative image that was and still is associated with it. I lived in Colombia in 2018 for a couple of months during my volunteer work in Cartagena. I will write about this adventure in a separate post, and here I would like to share practical tips that you should know while planning your trip to Colombia. 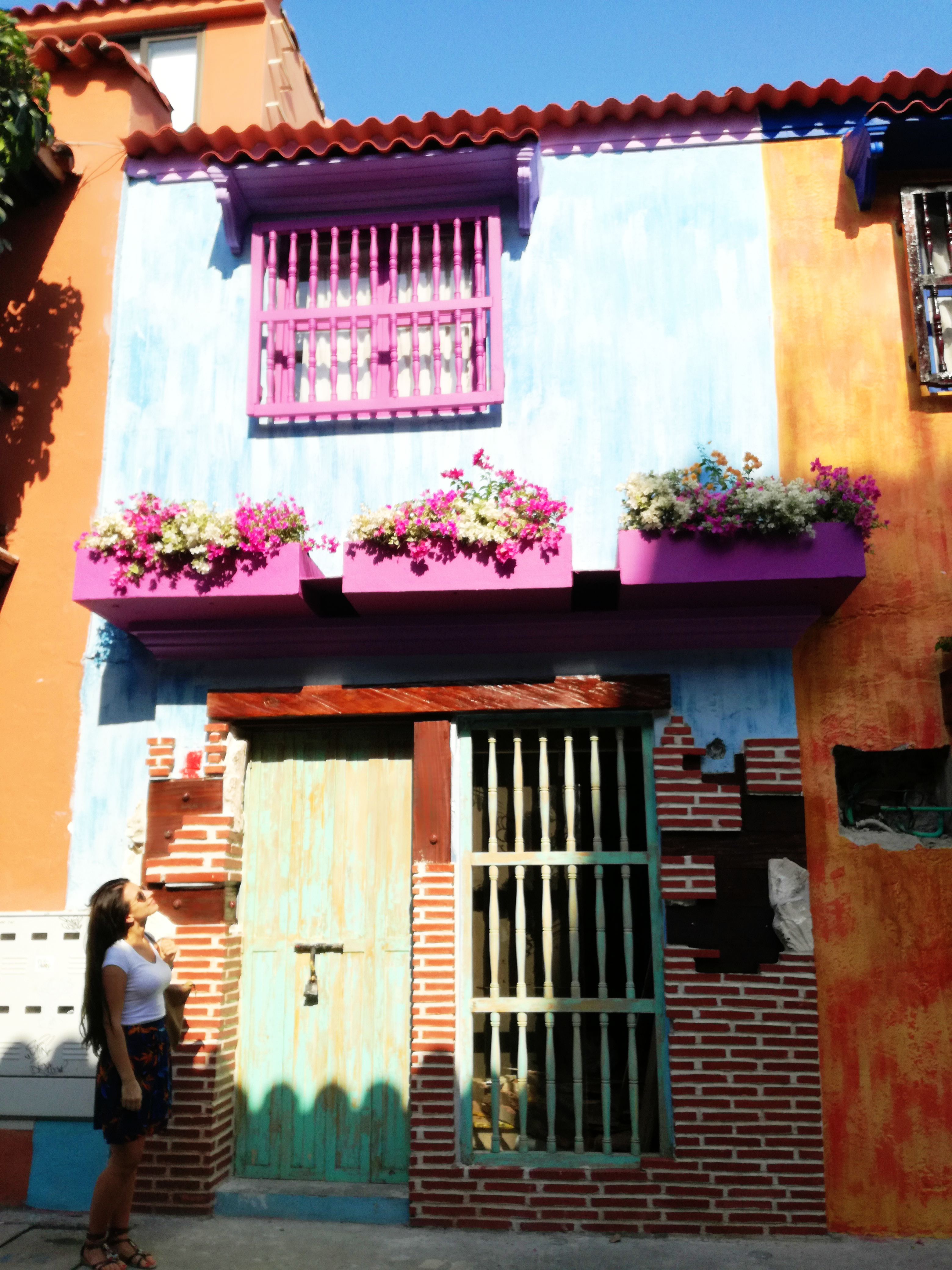 Colombia attracts adventurers with its diverse and rich landscape. It is the only country in South America that has access to the Pacific Ocean and via the Caribbean Sea to the Atlantic Ocean too. It is a big country, about three times of the size of Poland, located in the northwest of the South American continent. A large part of it is occupied by the exotic Amazonian selva. Colombia also has islands – San Andrés, Providencia and the picturesque Islas de Rosario located in the north, near Cartagena. Famous people like Gabriel Garcia Marquez or Shakira were born in Colombia. One of the best coffees in the world is also grown here.

The best flights offers while flying from Europe can be found from Spain (Iberia, Avianca). We have to consider that when flying from any other European country, we must add the cost of travelling to Spain. Although this can be a nice option to spend a few days exploring, for example, Madrid. I flew from Madrid to Colombia with the national Colombian carrier Avianca, the flight was good. 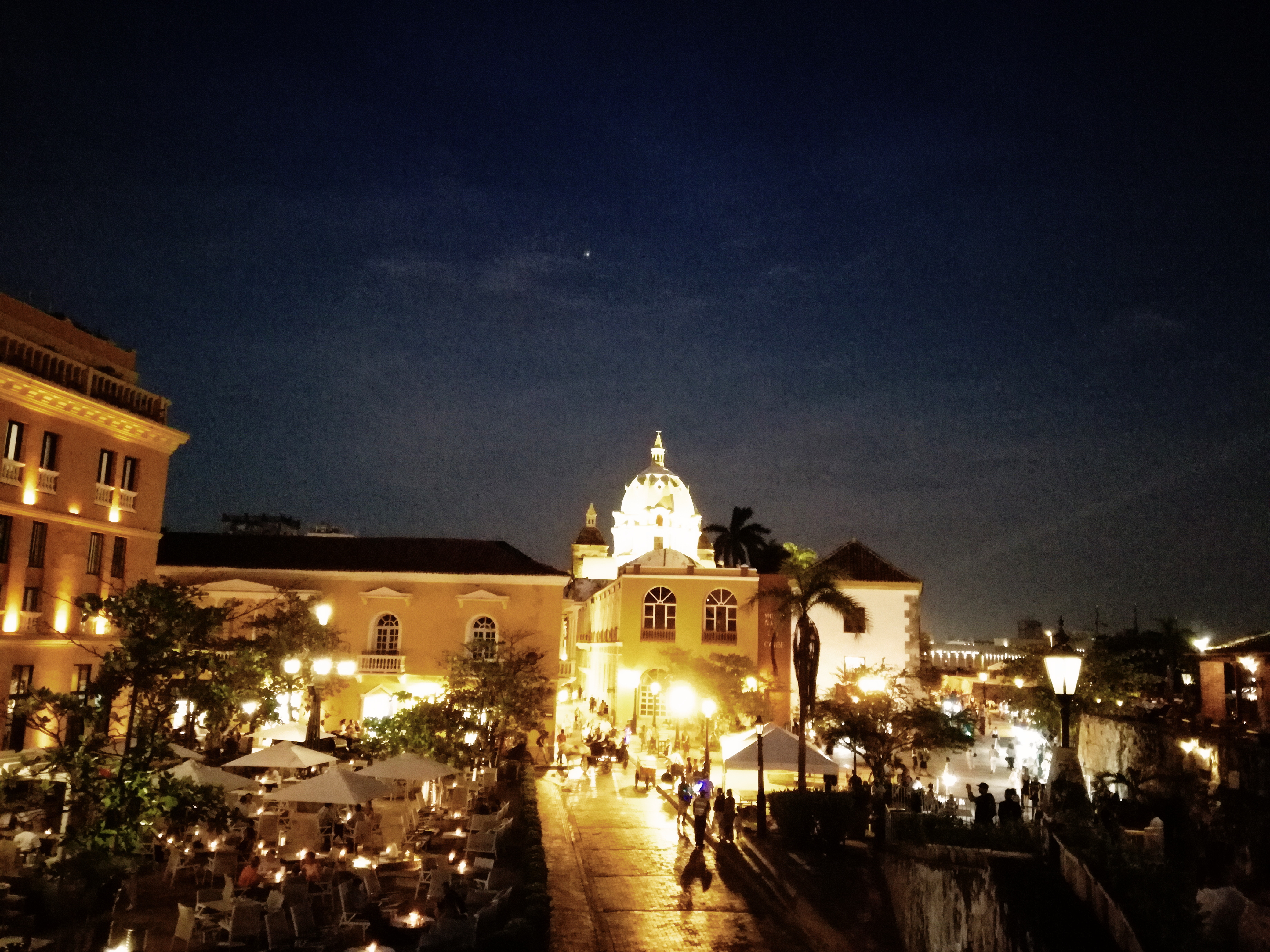 Most of EU citizens can stay in Colombia without visas. It is 90 days for tourists. You can extend the visa for another 90 days, but then you should pay for it. Remember that while crossing the border we can be asked for a ticket or at least booking that proof our future departure from the country. 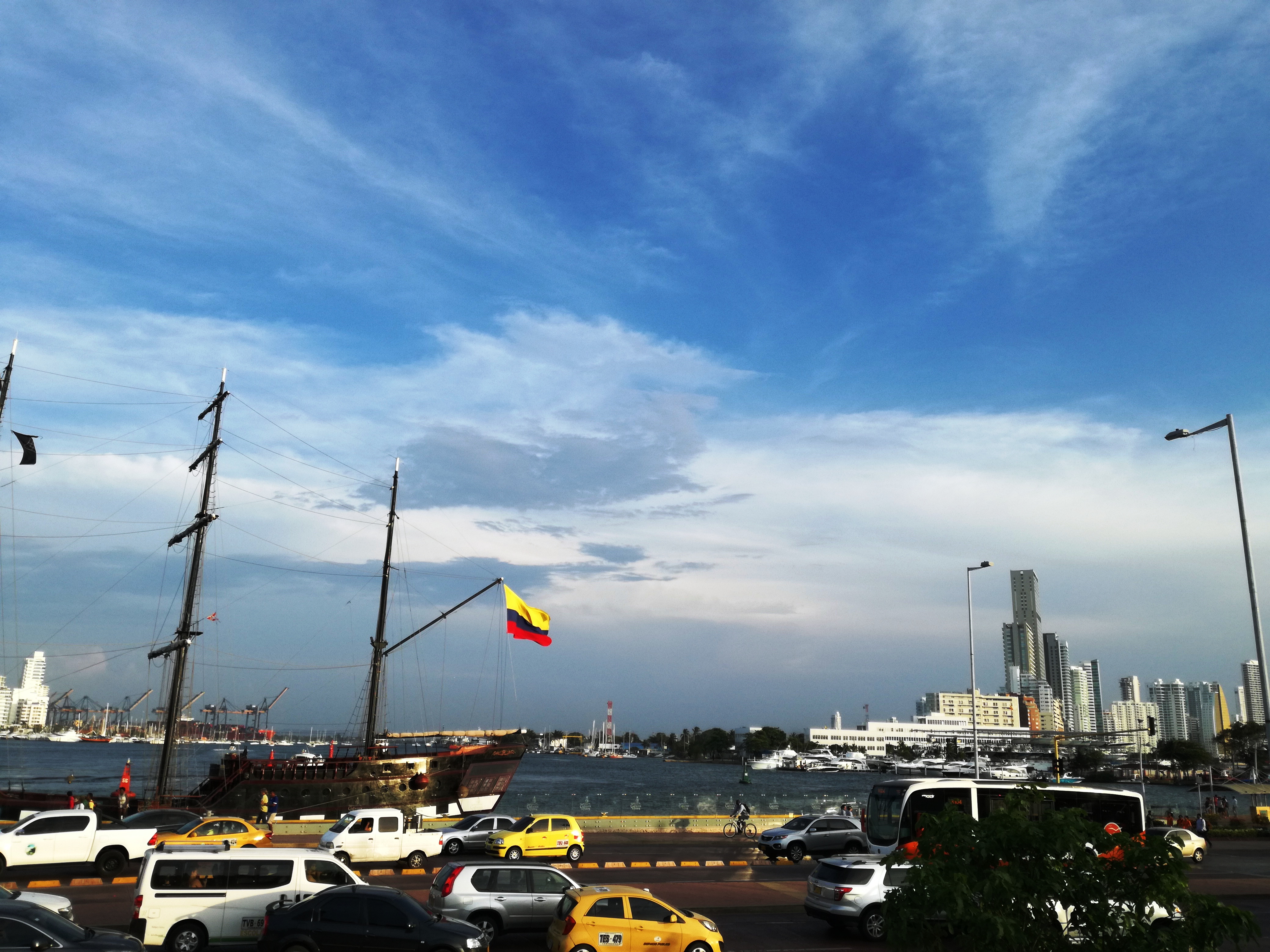 Before travelling around Colombia, it is worth learning a few rules:

The currency is the Colombian Peso (COP). At first, the fact that everything is counted in thousands and millions can be a huge difficulty. I tried to remember that about 10 thousand pesos are equivalent to 2,5 EURO. In supermarkets and shops, it is possible to pay by card. There are also ATMs in cities if you need to take out come cash. 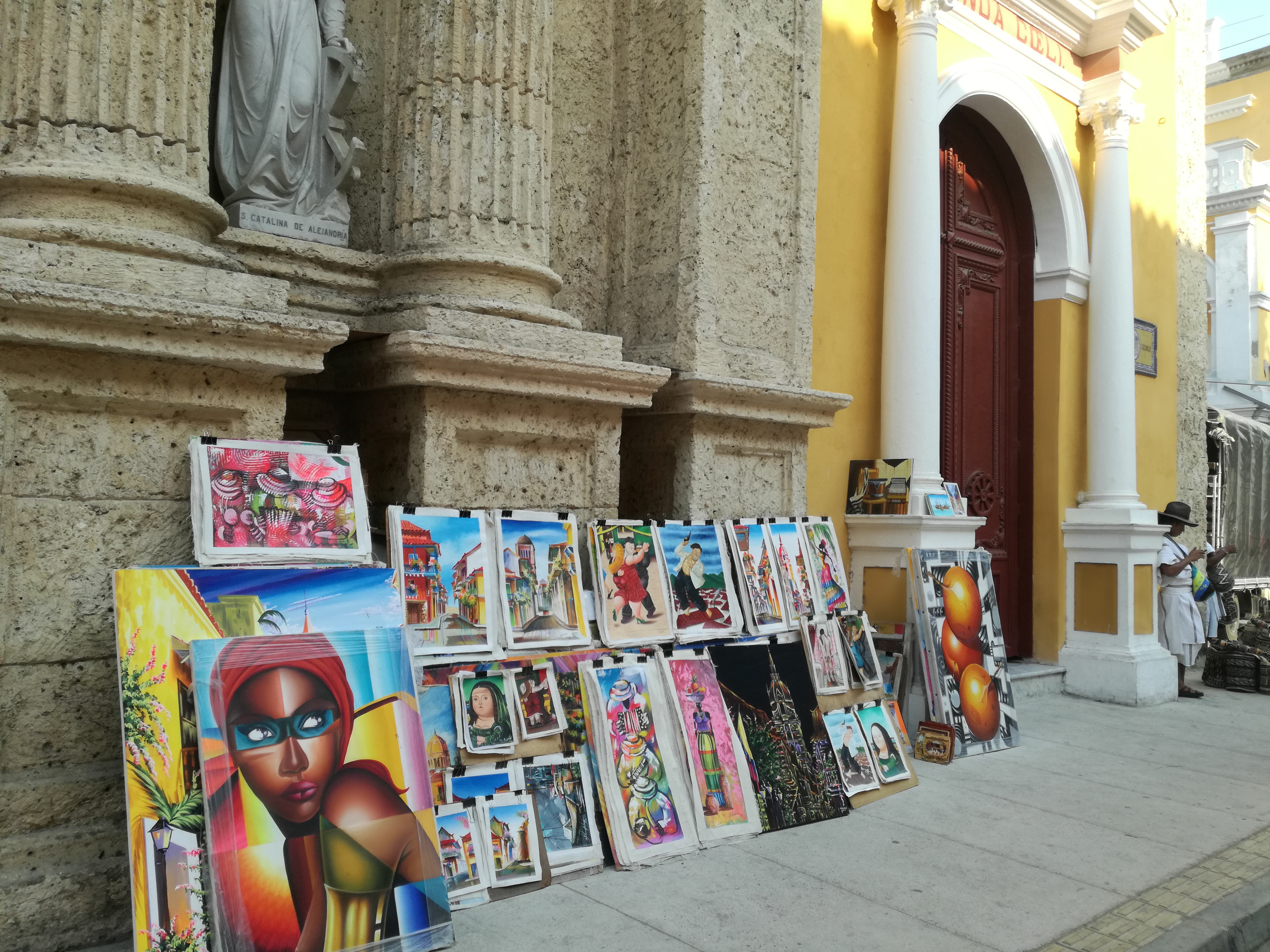 The official language is Spanish with its Colombian version. Communication in English will be rather difficult, so it’s worth learning at least basic Spanish phrases, it will definitely make our journey easier.

Generally, you can travel only with English and many people travel just like that, not only in Colombia but throughout South America. But for sure it will be much harder to ask about various things, and then our negotiations may be worse and thus higher prices. 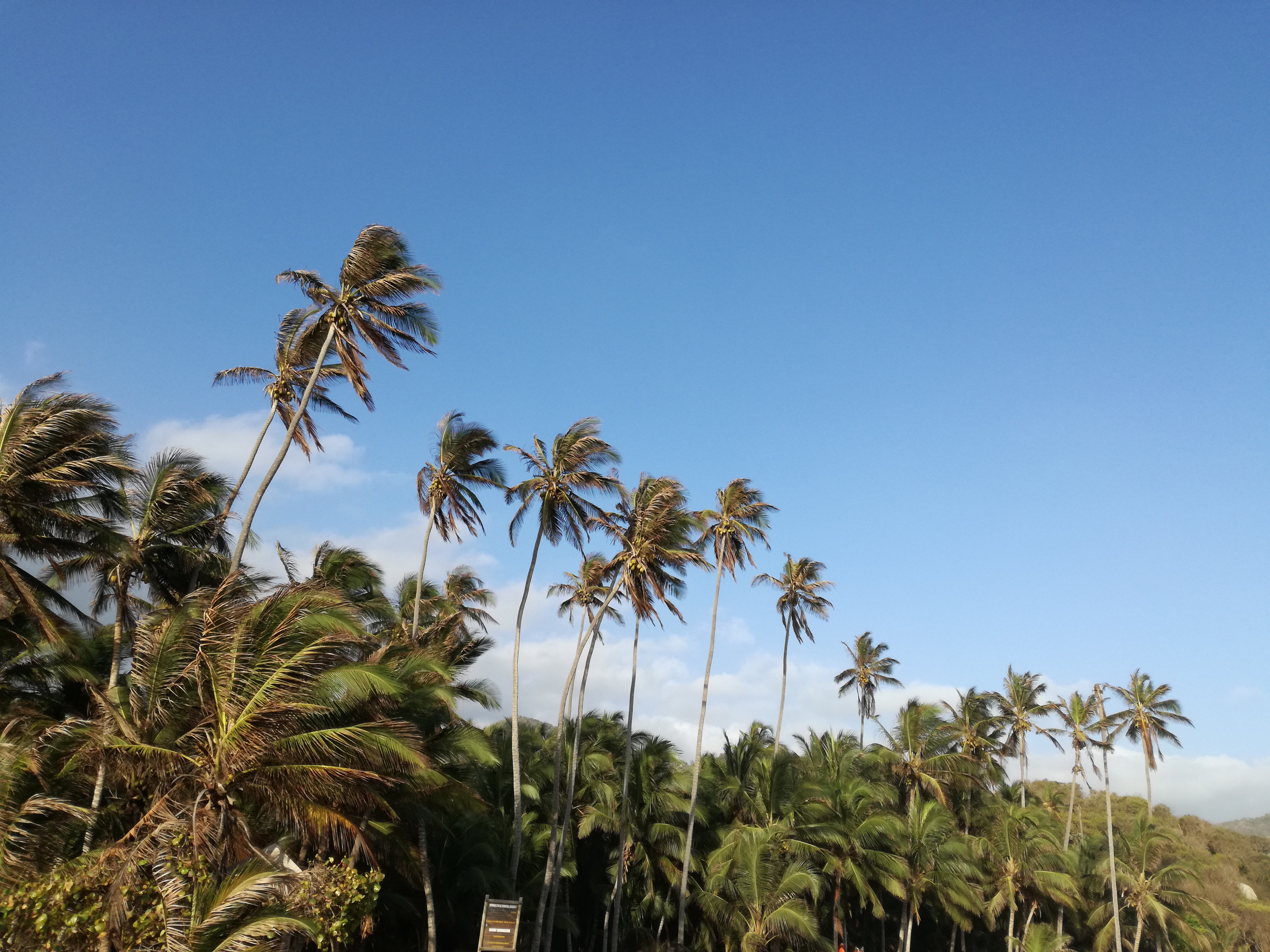 The weather in Colombia, like the whole country, is very diverse. Generally, Columbia has two seasons: the dry season from November to April and the rainy season from May to October. Thanks to the presence of the Andes mountains, which cross the country, and thus a very varied terrain, the climate depends more on the height of the place where we are. Bogota is rainy, foggy and cold, Cali and Cartagena are tropical and hot, and in Medellín there are mild temperatures, such an eternal spring. 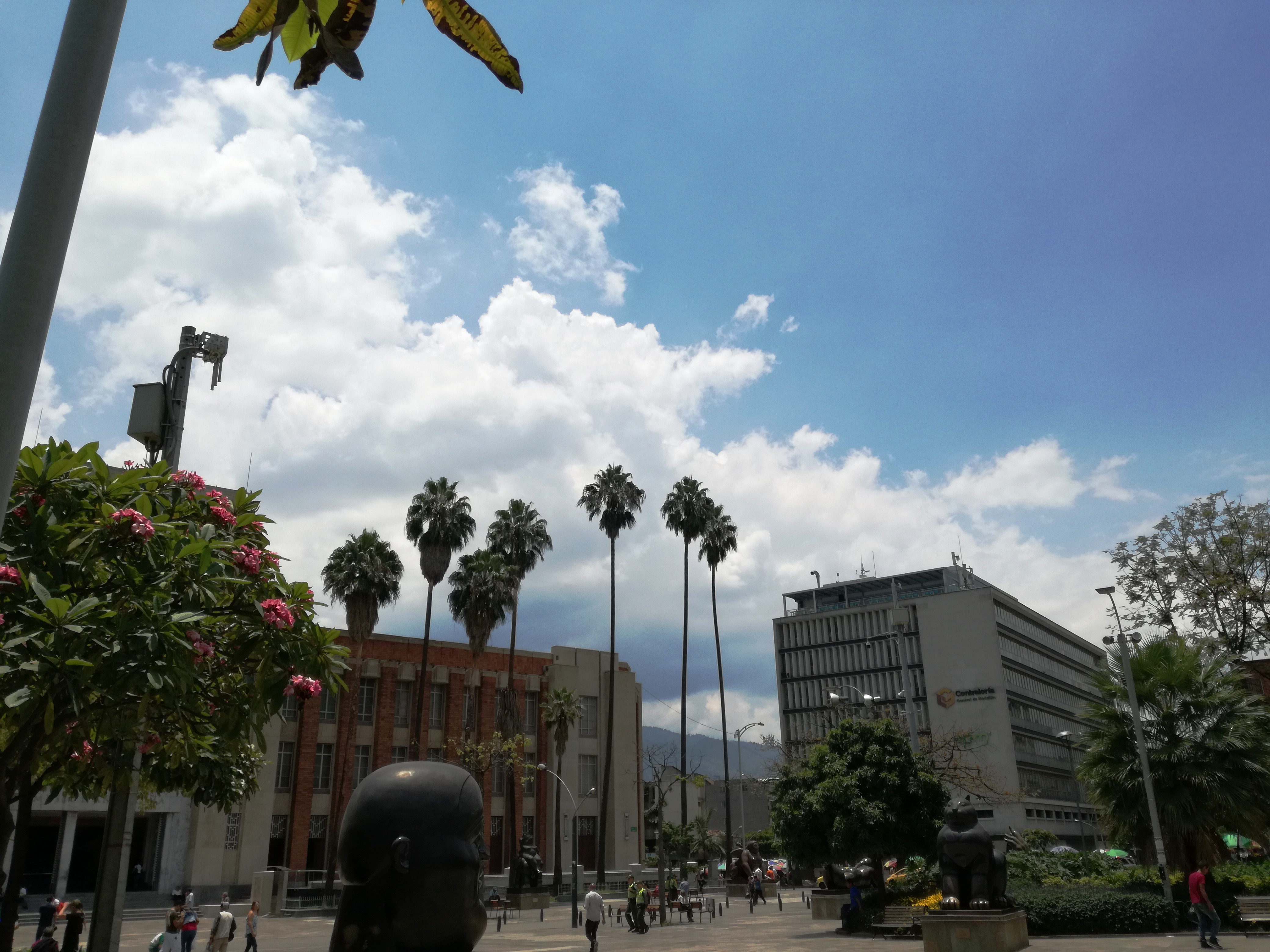 Electricity – 120V / 60Hz, but even though the plugs are different than in Poland, many of my Polish devices worked without an adapter.

You can easily book accommodation online, e.g. on Booking. Another option is to look for accommodation while you are already in Colombia and it will not be a problem. Prices depending on the location are very diverse, but it is worth paying attention to whether they are located in a safe area.

The only compulsory vaccine when we go to Colombia is the one against yellow fever. In Colombia, this vaccine is widely available (even at major airports, vaccination is possible) and free. 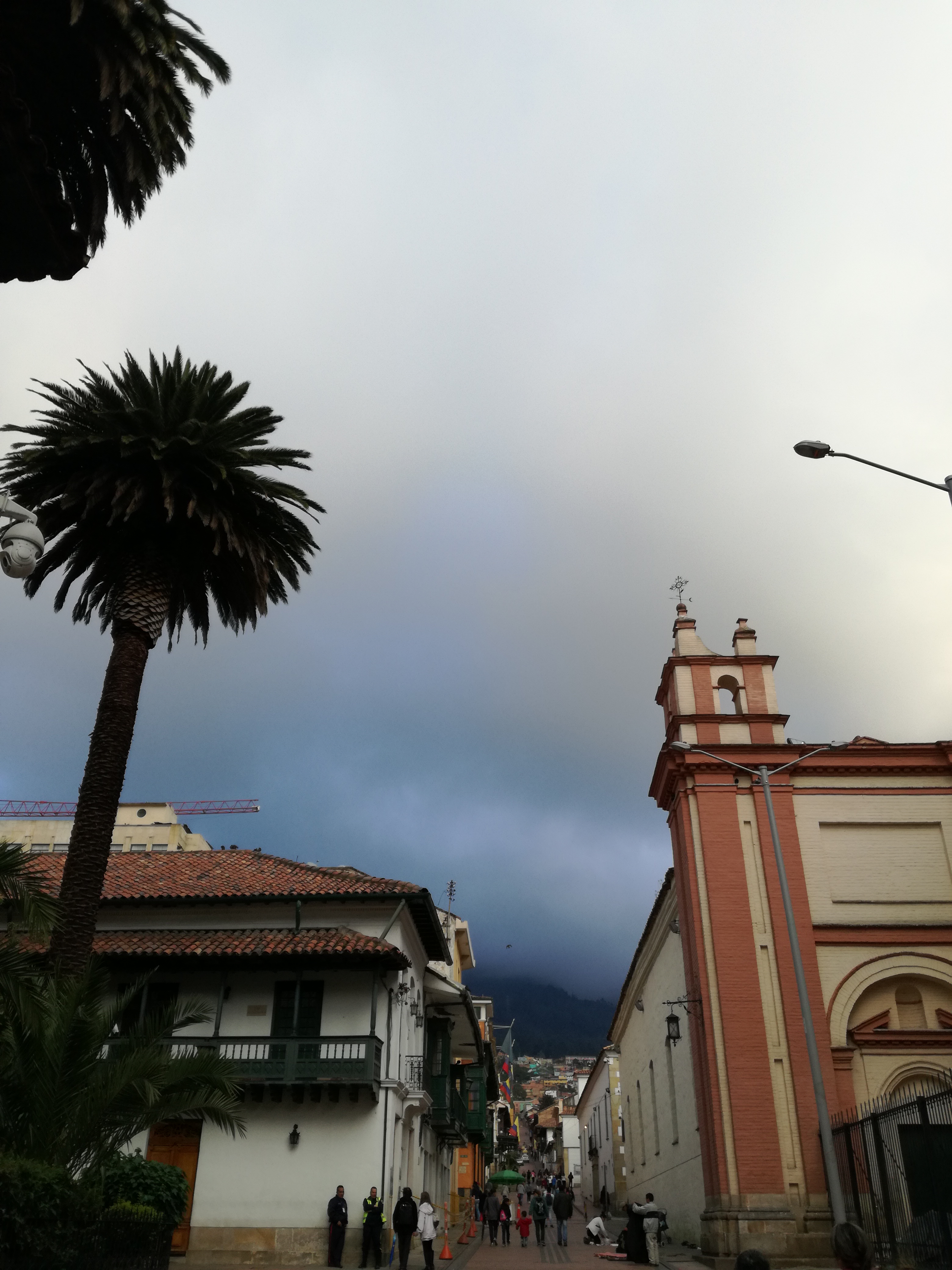 WHAT CLOTHES TO TAKE WITH YOU

When going to Colombia, you should pack your luggage for four seasons. The weather can change so easily that everything can be useful from flip-flops and a swimsuit in the north and a warm jacket or sweater in high-lying Andean cities such as Bogota. Also, it is worth protecting yourself against rain – during the rainy season, the rain can be very intensive in every part of the country. 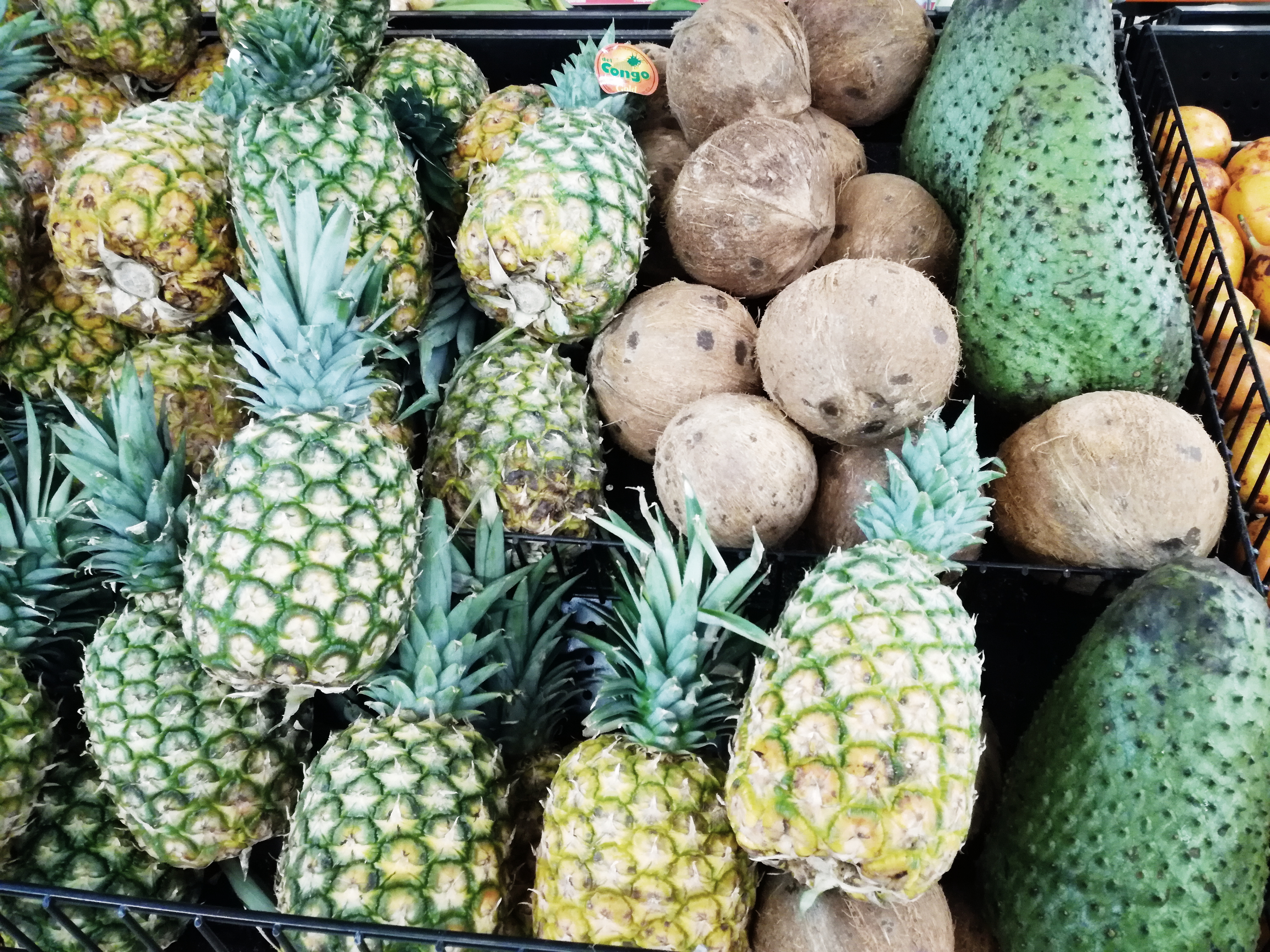 What I liked most about Colombia is the richness of very exotic, fresh and sweet fruits. Freshly cut fruit or freshly made juices can be bought practically on the streets every step and are very cheap.

Coffee is another drink Colombia is famous for all over the world. Here it is drunk mostly in the form of tinto. It is sweet and quite watery. Street vendors are everywhere and pour tinto straight from the thermos of small cups. Colombia also has a chain of Starbucks cafes – Juan Valdez, where you can try Colombian coffee in different ways if you did not like tinto. 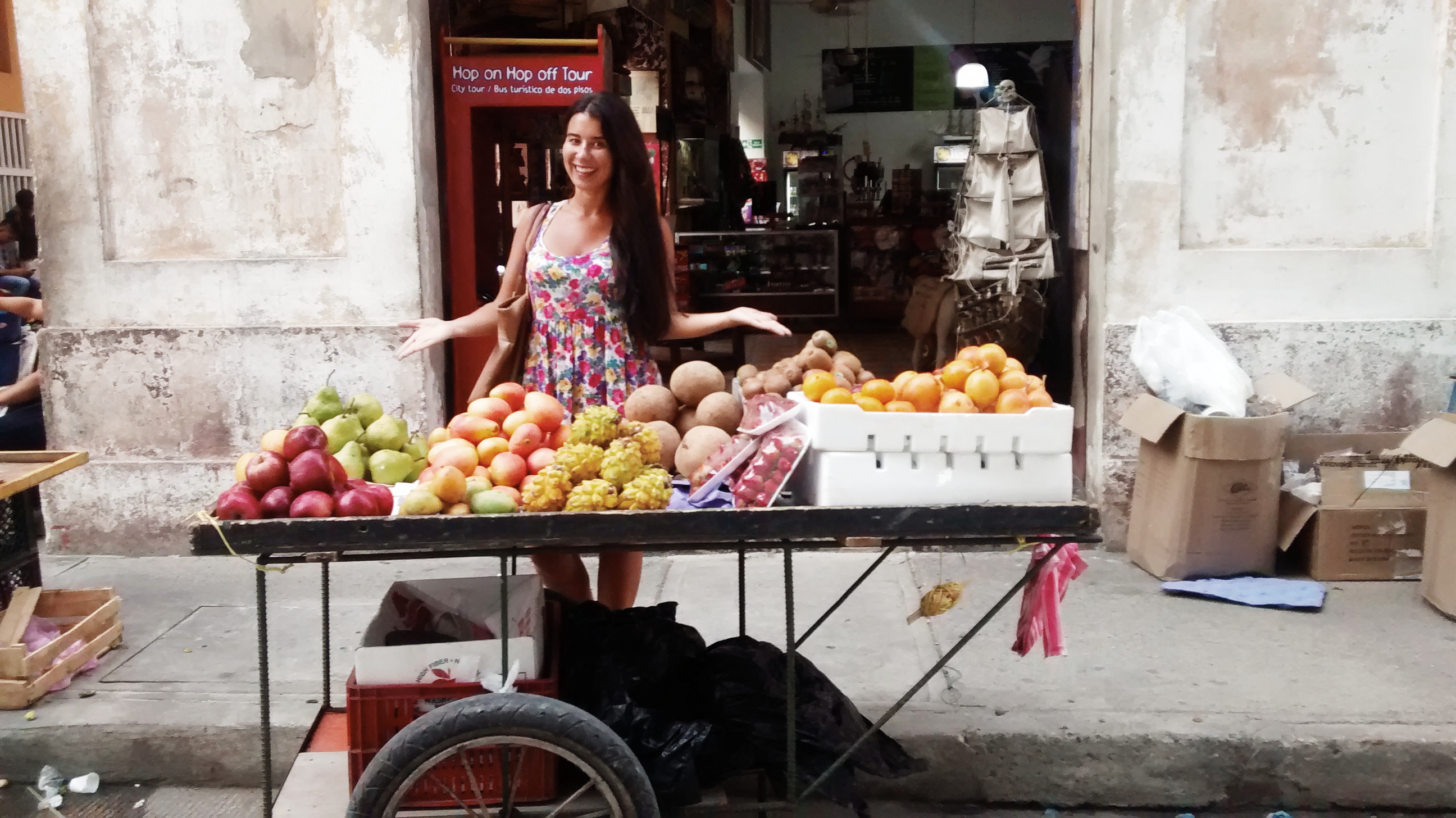 The most-served dish is rice accompanied by meat or fish, plus soup, fresh fruit or sugar cane juice, and coffee for dessert. For this patacón or fried pancakes with a special banana variety. We will pay about 4 EUR for such a set in local pubs or markets.

Another Colombian delicacy is Arepas, i.e. fried corn pancakes, usually served with cheese (arepas con queso) or butter (arepas con mantequilla), although they can also be served sweet for breakfast or sold on the street as a snack. This is undoubtedly Colombia’s most famous snack. 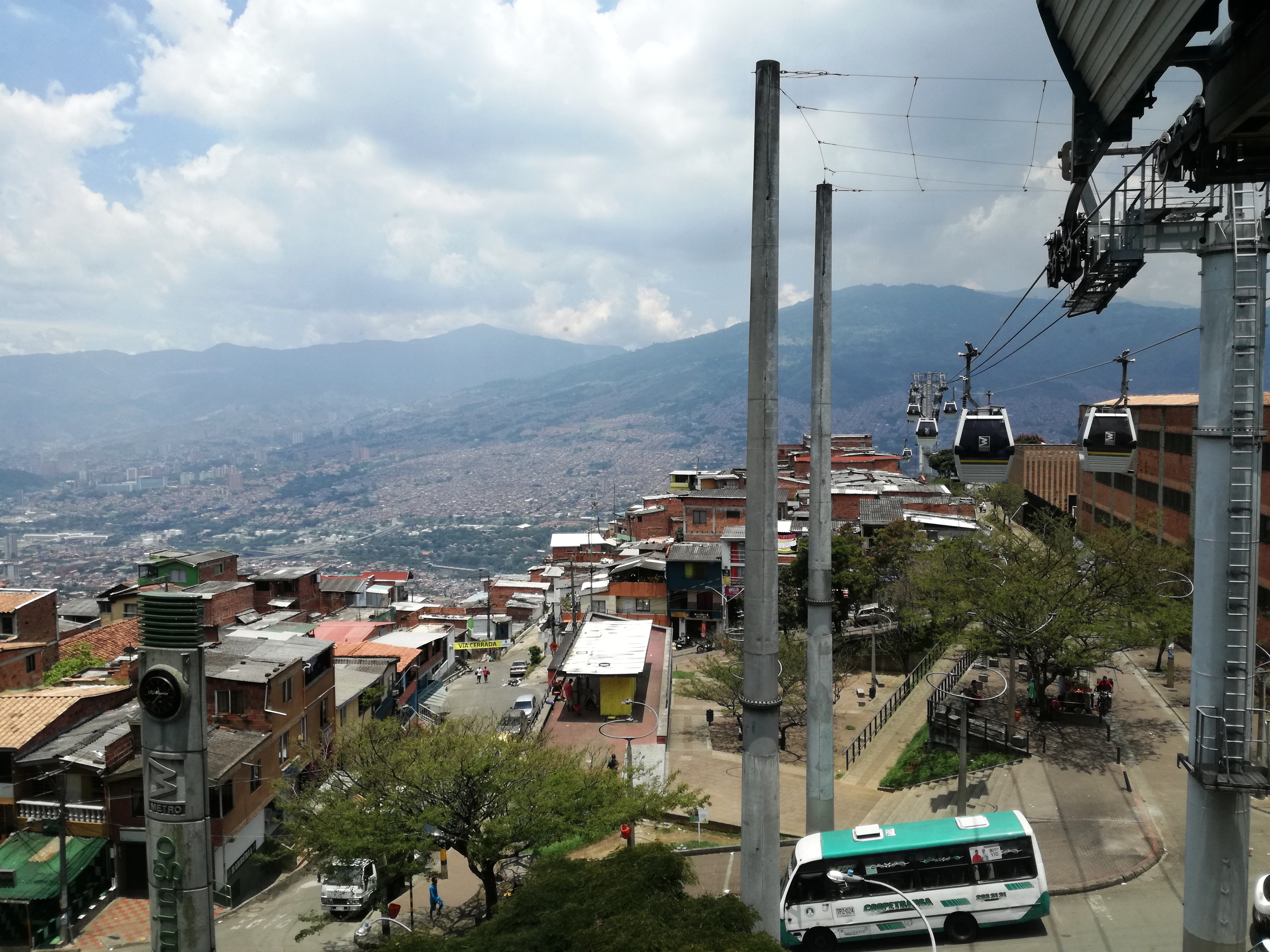 Security in Colombia has improved significantly in recent years. Still you should remember that is a country where the level of poverty and social inequalities continue to cause crime and theft. If you stick only to the tourist parts, you will be as safe as possible. Colombia is trying hard to change the image of a very dangerous country, associated only with drugs, robberies and bloody riots on the streets. However, if you move away from tourist places, we should be much more cautious because in some places it is still quite uninteresting. For example, Medellín, which was once the centre of the fight between drug cartels and the police, and one of the most dangerous cities in the world, is today a modern and fairly safe city. In general, there is no reason to be afraid of taking some precautions. Even in such a tourist and famous city like Cartagena, I have heard and seen many times. I lived about half an hour by bus from the centre. And just like in the center (Ciudad Amurallada) you can walk late its narrow and colorful streets, listen to street music, etc. in other parts of the city, as soon as it gets dark, even the locals were much more cautious and often said “no dar papaya “which means not to encourage thieves with their behaviour to rob us. Which in practice translates into a more modest dress, without jewellery, a well-hidden wallet, a mobile phone or not walking alone after dusk.

Travelling around Colombia, you must be very careful and everything will be fine. The more that the Colombians are very nice, willing to help and nice people. They are cheerful by nature, this joy is in them despite the often not easy life situation.