Bocas del Toro is one of the most popular travel destinations of Panama. Is located in the northwest of the country, in the bay of Almirante, not far from the border with Costa Rica. It is made up of an archipelago of many islands and islets, but only a few of them are inhabited. The main island is Colón (Island of Columbus), which has the capital of the region – Bocas del Toro. These are islands where everyone will find something for themselves, white beaches, blue water of the Caribbean Sea, lush vegetation. The islands are a good place for relaxation and rest, as well as for diving and other water sports. 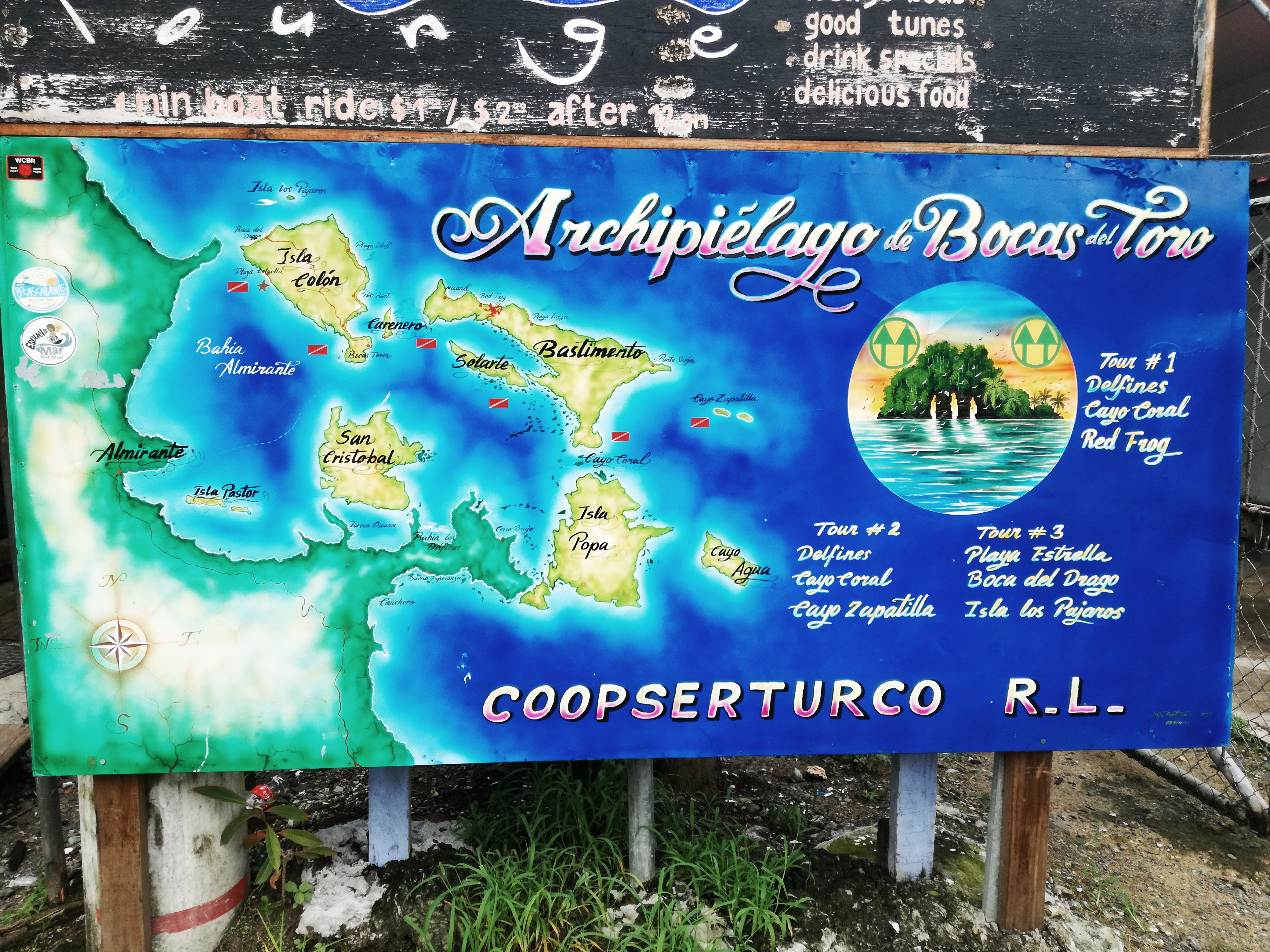 To get to Bocas from Panama City you have two options, by plane (Panama Air) or like I did, by bus from Albrook station. It is worth buying a ticket at least a day earlier because when you want to buy it the same day it is very likely that the tickets will be already sold out. The journey takes about 8 hours. You can easily choose the night bus, it is quite comfortable with a lot of space, it is also safe. The only thing that I found a bit uncomfortable was way too strong  air conditioning. Basically all buses that I took  in Panama the aircon was really high,  so even if you think you coming to the caribbean warm country it is a must to have thicker clothes with you. Locals that were travelling with the same bus with me were all prepared having even big and thick blankets with them.

After about 8 hour you will reach the port called Alimirante, from which by ferry or private water taxi you will get for about 6 USD to the island of Colón. Most tourists stop in the city of Bocas del Toro. Those seeking peace usually go to Bastimentos or Carenero, very close to Colón. 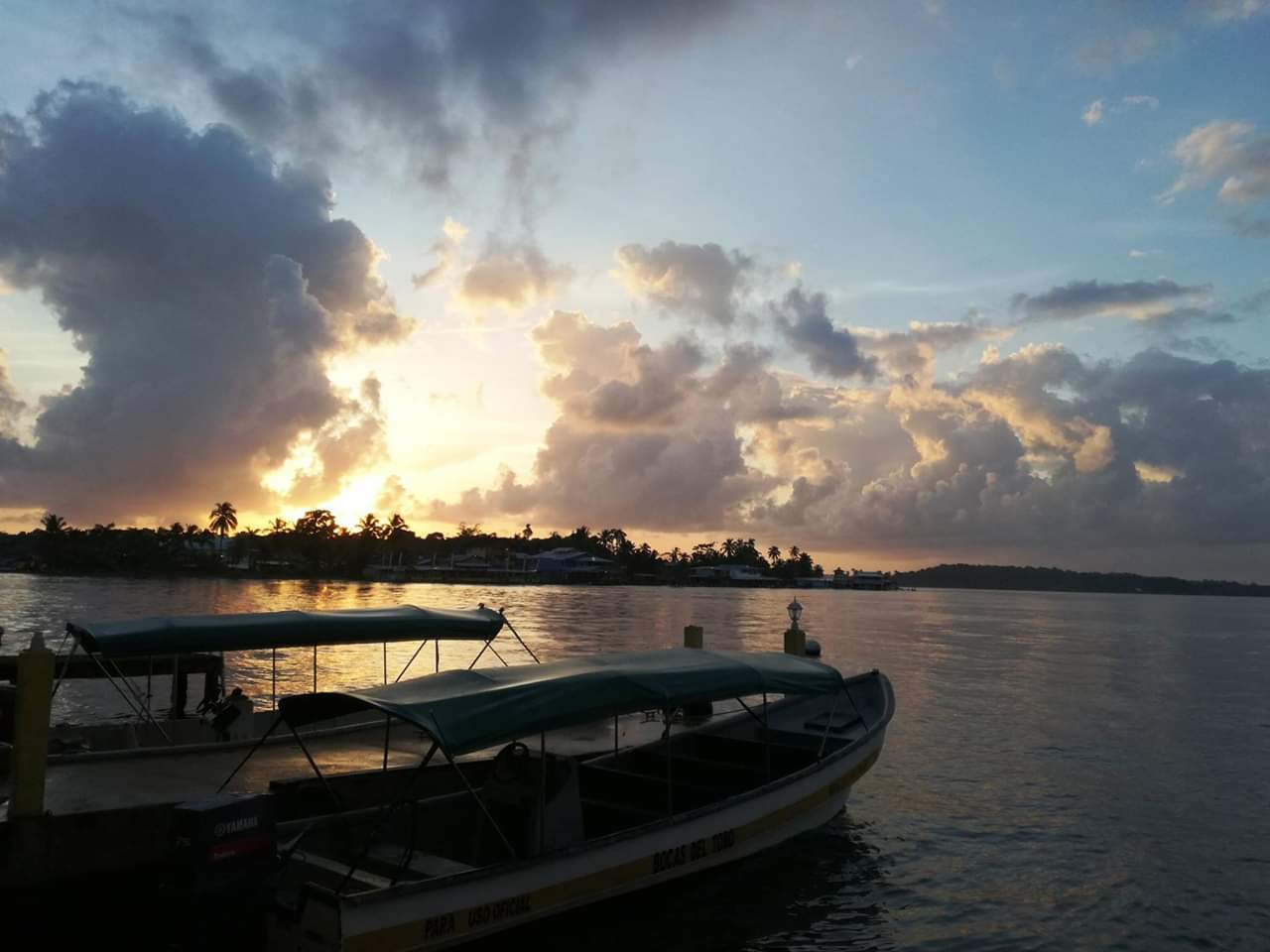 ISLA COLÓN
The island of Colón, in addition of  being the administrative center of the archipelago, has many attractions to offer, including Playa de Estrellas (Starfish Beach). Definitely my favorite of all the beaches I’ve seen in Bocas. Isla Colón is the main and most developed tourist island of the archipelago, not to mention that the main city, Bocas del Toro, is the capital of the entire province. The city itself (Bocas del Toro) was built in an interesting, colonial style, typical of the Caribbean coast. The island has many shops, restaurants, hotels and hostels, as well as bars, post office, ATMs and laundries. During the day, the streets are quite empty, only around the park you can meet local selling their products. Most tourists spend the day on the beach, and only in the evening they fill the restaurants and bars located on the main streets of the town. You won’t find high and luxury resorts here, rather hostels and houses with rooms for rent. The price for a shared room in a hostel is around 10 USD (further from the center) and 15 USD (closer to the center). Private rooms cost from USD 20 upwards. Already reaching Bocas, you can still see a very picturesque part of Bocas on the boat. It is a line of eateries, shops, hotels located on the shoreline, and above all a marina of motor boats carrying tourists and goods to the continent and the islands of the archipelago. I reached to Bocas at sunrise, which was breathtaking with its colors. 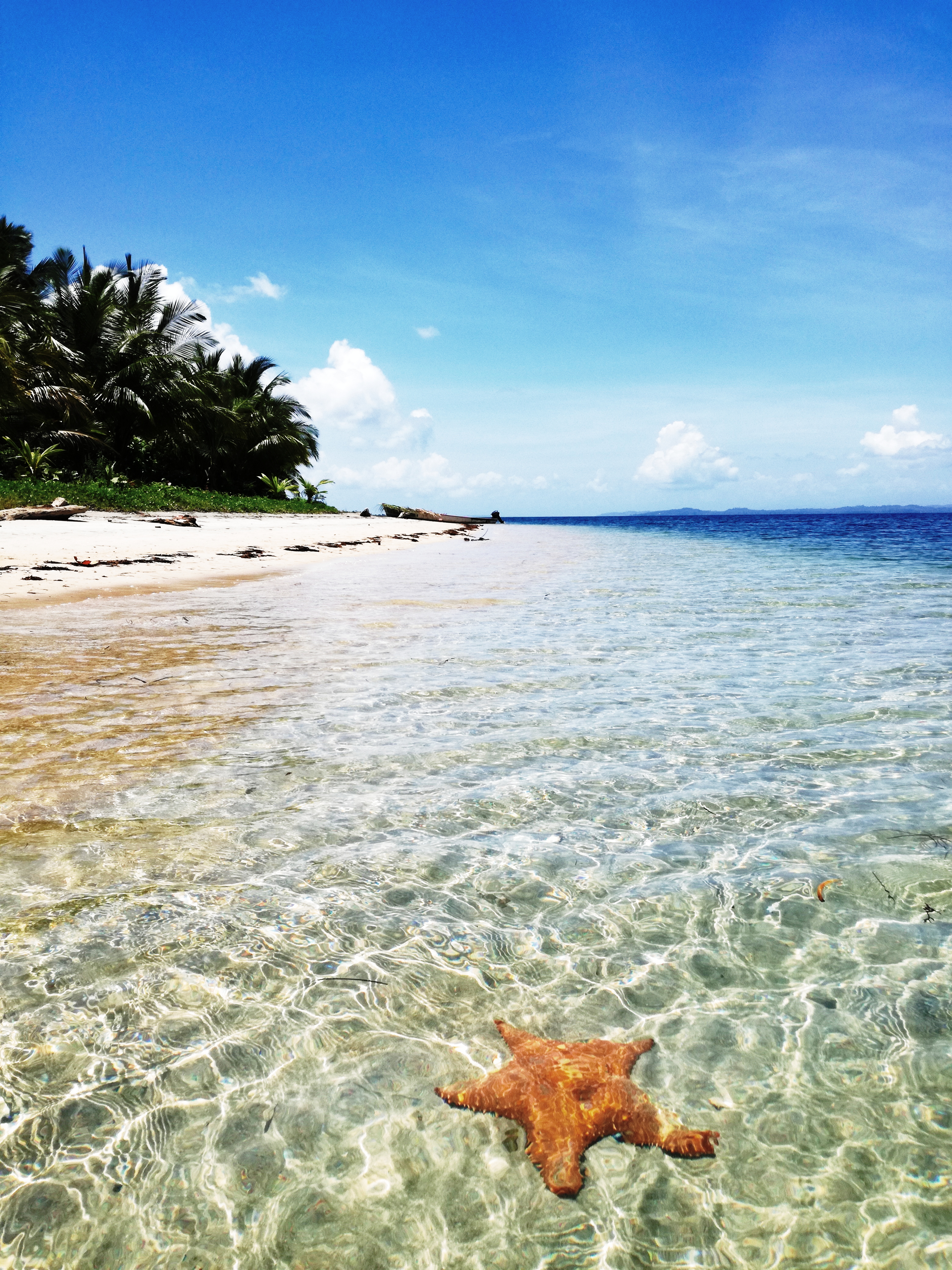 An authentic oasis of white sand and turquoise, calm waters. The most interesting beach is, as I mentioned Playa de las Estrellas, where in the clear water on the very shore you can find many gold-orange starfish. From the city center you can reach the island by bus (they leave from the main square by the park), by bike or even reach on foot. Gentle waves, blue and transparent water, white sand, high coconut palms are found virtually throughout Boca del Drago. 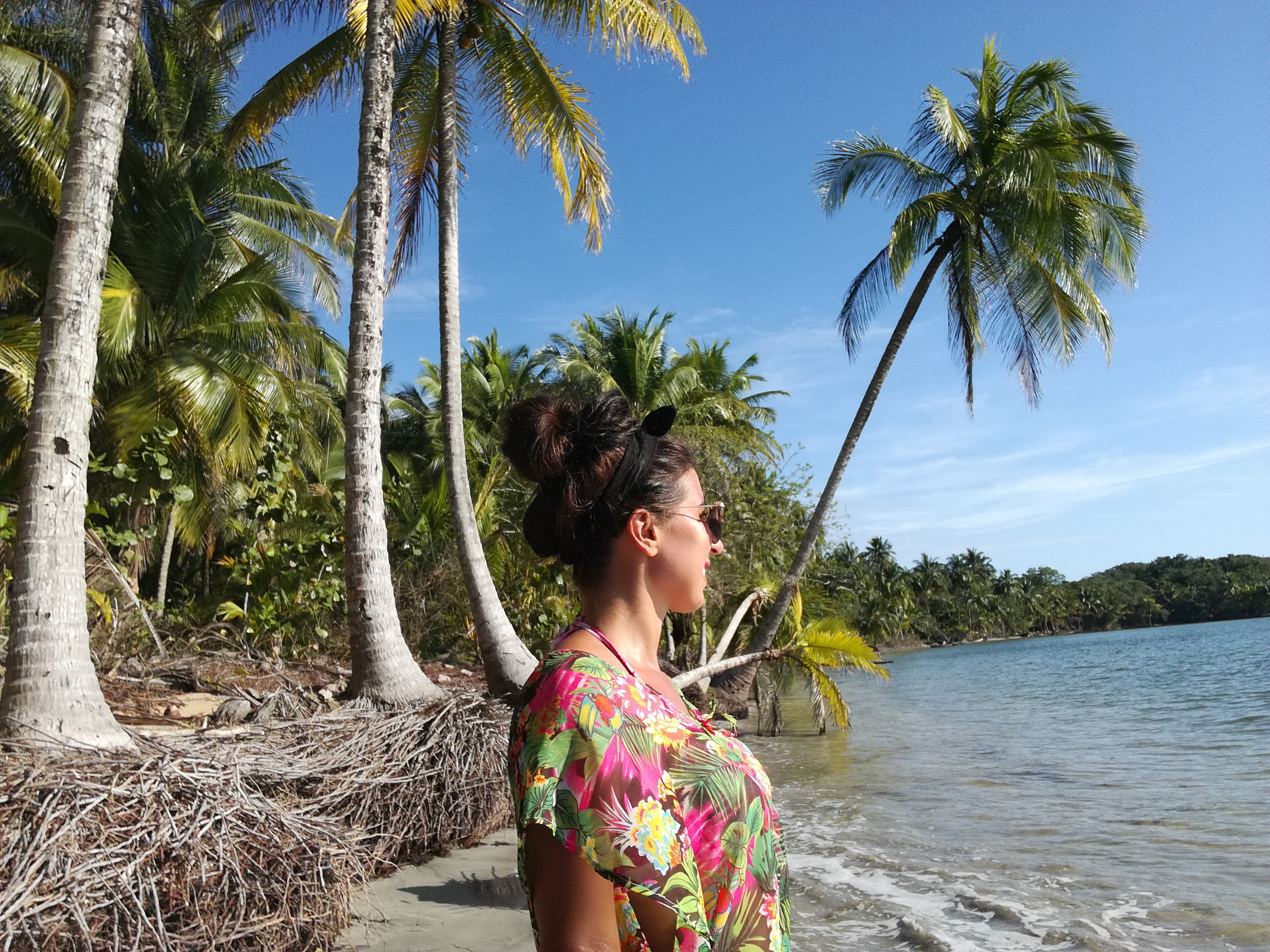 ISLA BASTIMIENTOS
It is located 10 minutes boat ride from the main island. You can also stay here. The island offers many accommodation options, from cheap to luxury. There are several places here that encourage visitors to visit. The most popular beaches are Wizard Beach and Red Frog Beach. Wizard Beach is often visited by surfers due to its large waves. Red Frog Beach from the railroad is famous not only for its beautiful views, but also for the presence of poisonous red frogs, practically unheard of in other regions of the country. Knowing the beach with starfish somehow, these beaches did not impress me. Red Frog beach is undoubtedly the most popular among tourists. It is located in the eastern part, it is large and covered with fine white sand. Before you reach the beach, you have to go through the path where the famous red frogs sometimes appear. There is no shade during the road, one goes in full sun, which means that it is very likely that you will not see frogs hiding from the scorching sun. 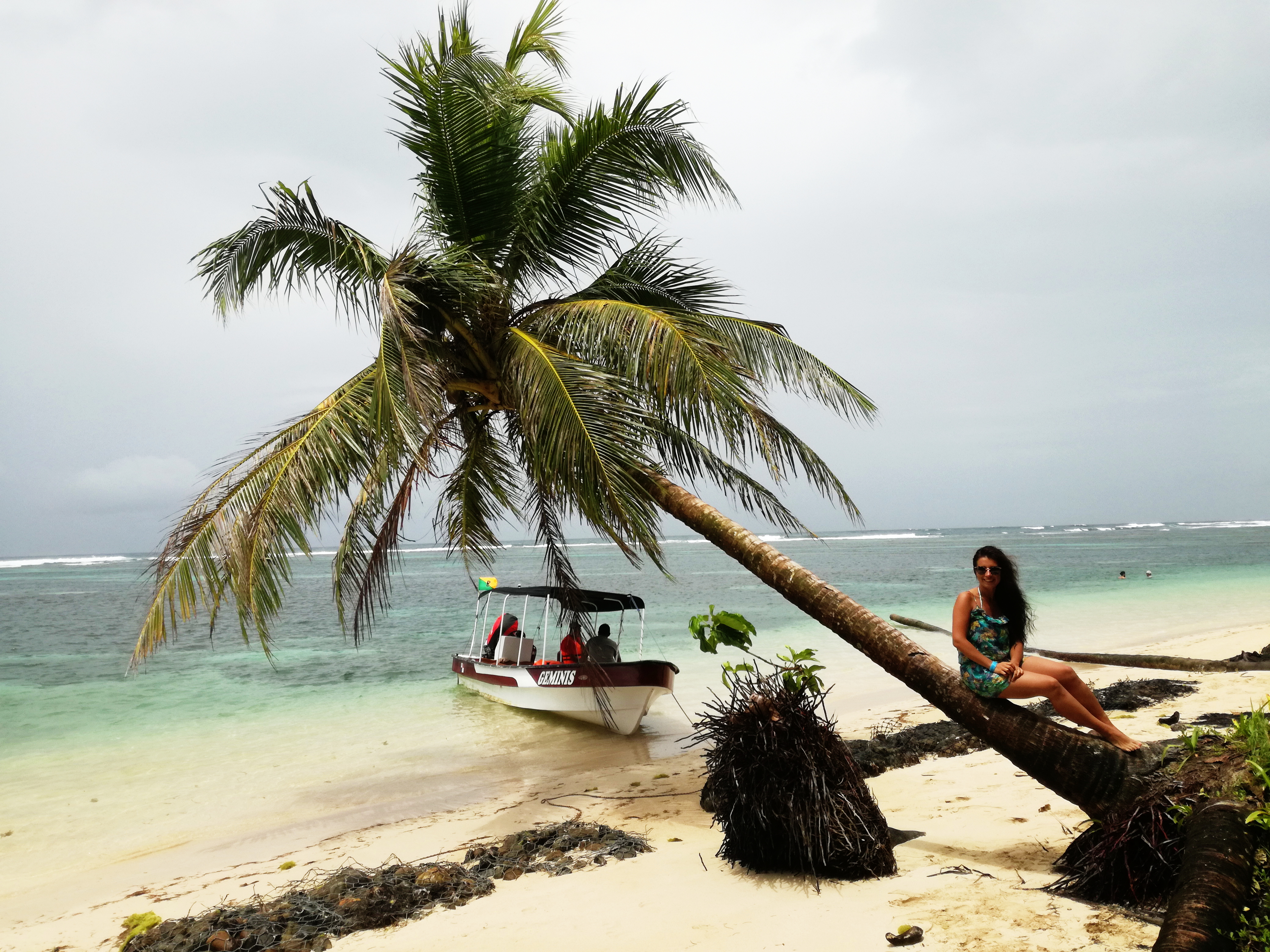 A very nice place is Cayo Zapatilla, where episodes of the Argentine version of Agent were recorded. And actually reaching the island, you can feel like Robinson Crusoe flowing into a desert island. 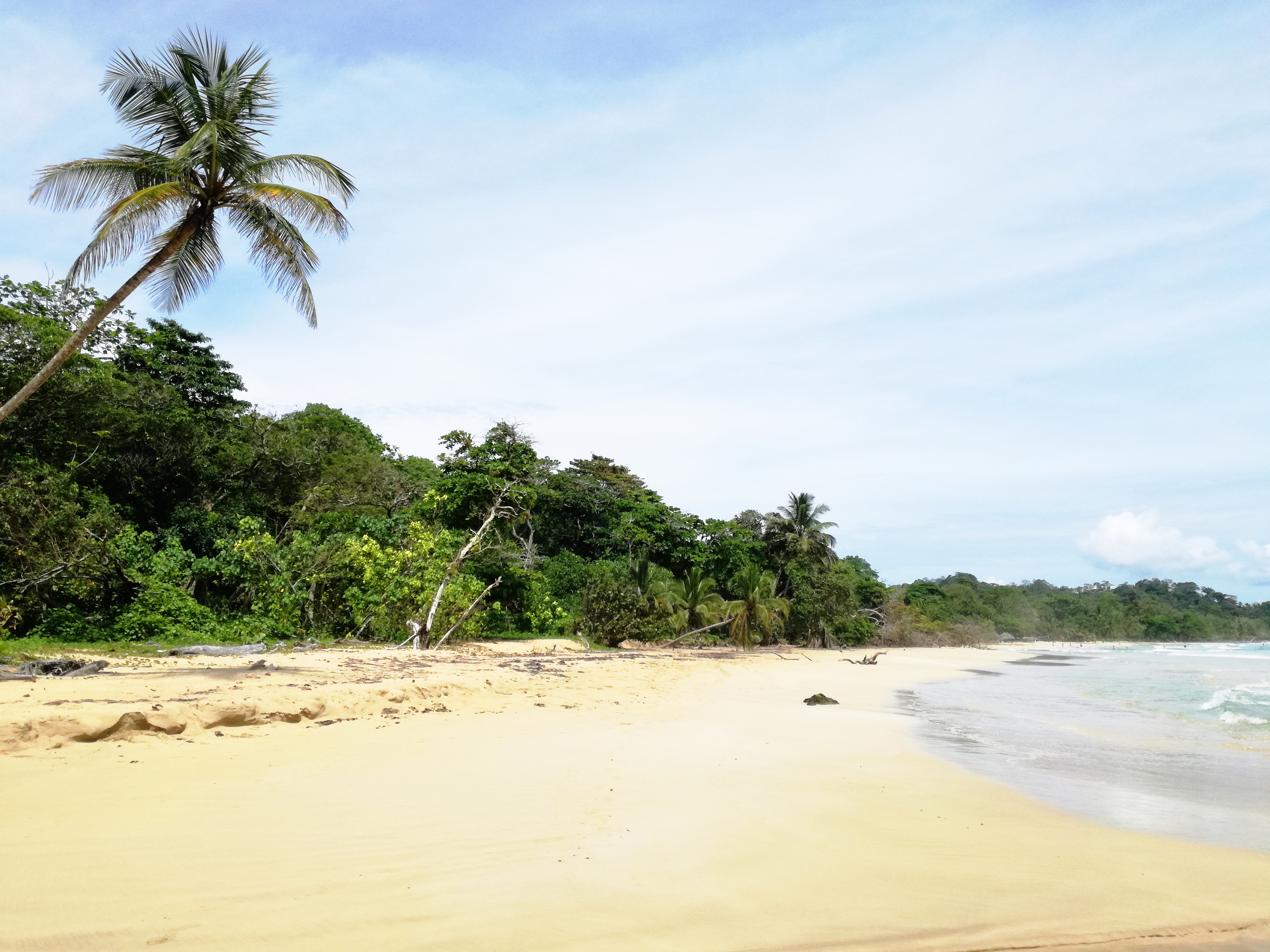 Cayos Zapatilla, consisting of two islands (Cayo Zapatilla Norte and Cayo Zapatilla Sur), is an option for a day trip with diving, swimming and lazing on white beaches. To get to Cayo Zapatilla from the island of Colon, you need to buy a day trip (cost around 25USD) which includes dinner at the floating Cayo Coral restaurant (you pay for dinner separately) diving in the crystal waters, watching sloths, and admiring dolphins in Bahía of Delfines. 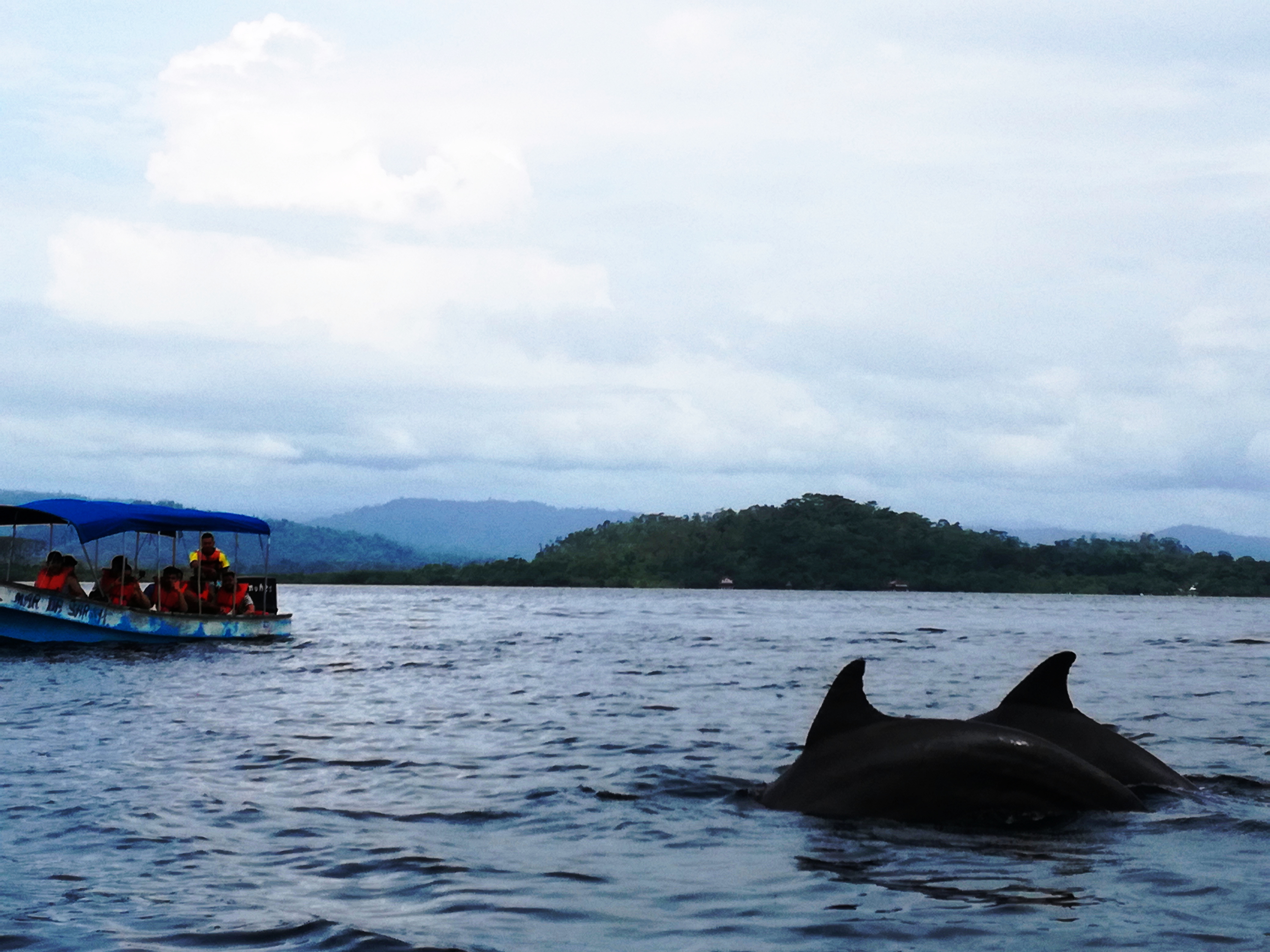 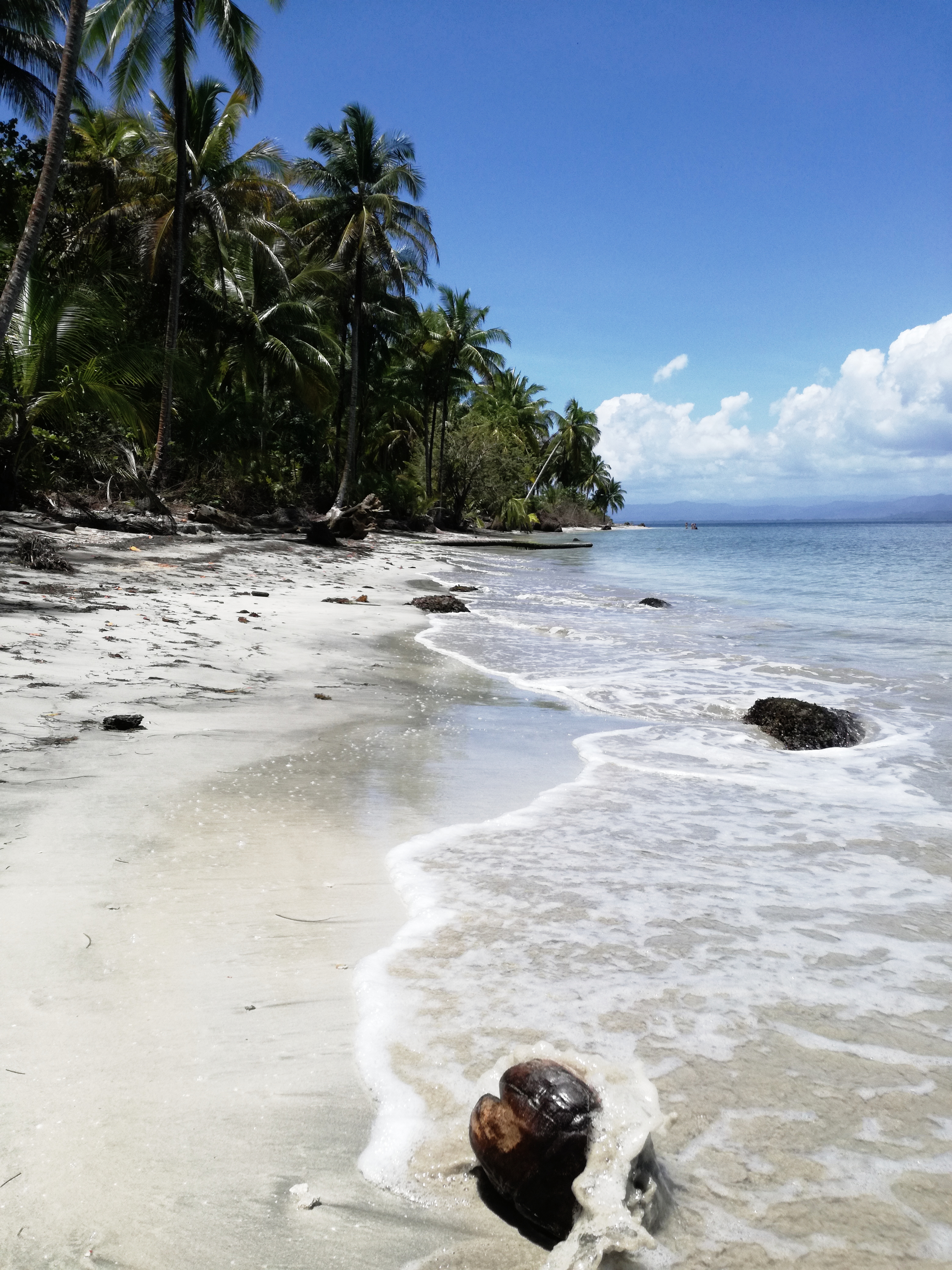 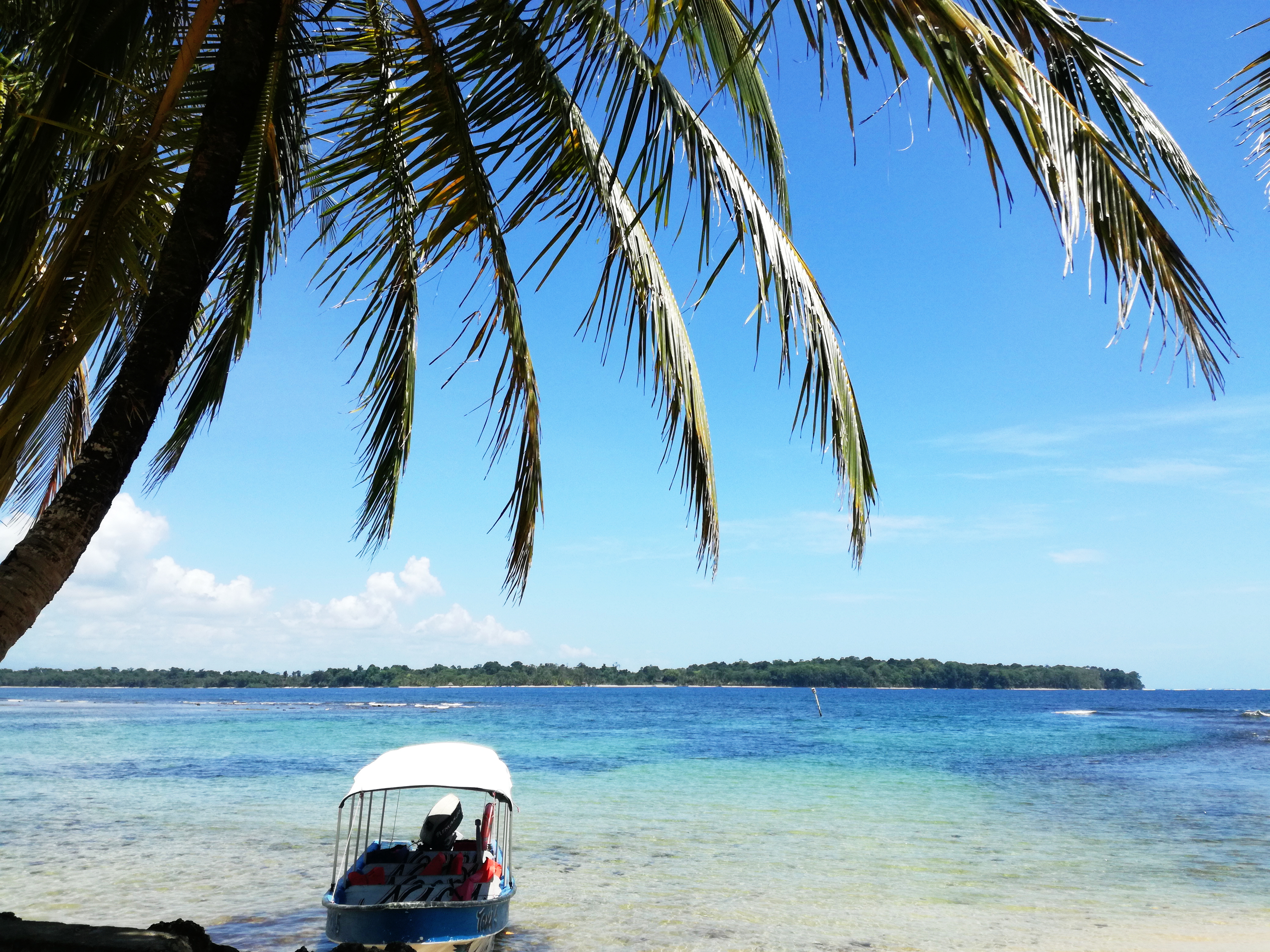